Button
Inventor: Eli Whitney
Eli Whitney was born on December 8th, 1765. He died on January 8th,1825. He was born and lived in Westboro,Massachusetts.
As a young boy,he was lived and grew up on a farm.Whitney loved working on inventions and making things as a kid. Whitney used to make his own nails for his ammature inventions. As a young adult, he studied at Yale University. Whitney had been debating on becoming a lawyer. But making inventions was always the love that ran through his vains. Whitney introduced his invetnion of the Cotton Gin in 1794. Whitney made the machine to remove the seeds away from the cotton fibers. Whitney's invention had both advantages and disadvantages that came along with his invention. 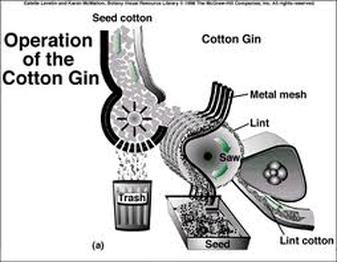